The Care Quality Commission has found the quality of care provided by Giltbrook Surgery in Giltbrook, one of the Practices that makes up Nottingham North and East CCG, to be Outstanding

Inspectors found the practice was providing a safe, effective, caring, responsive and well-led service that meets the needs of the population it serves.

A full report of the inspection has now been published and is available on CQC’s website.

Under CQC’s new programme of inspections, all England’s GP practices are being given a rating 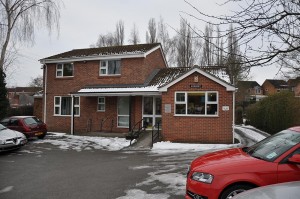 according to whether they are safe, effective, caring, responsive and well led.

The report on Giltbrook Surgery highlights a number of areas of outstanding practice, including:

Janet Williamson, Deputy Chief Inspector of General Practice and Dentistry in CQC’s Central region said:
“It is clear Giltbrook Surgery is providing a caring, responsive and well led service which is a real asset to the people living in this part of Nottinghamshire.

“Patients said they were treated with compassion, dignity and respect and they were involved in their care and decisions about their treatment.

“The practice telephoned patients due to be discharged from hospital to help plan their needs. Vulnerable patients were followed up by the practice if they failed to respond to calls or attend for appointments, and patients were contacted in extreme weather conditions to ensure they were safe.

“All of this hard work pays off in making a real difference to patients – which is why we have found this practice to be Outstanding.”