Parkinson’s Awareness Week Campaign urges you to ‘up your friendly’

It’s Parkinson’s Awareness Week 20-26 April. And Parkinson’s UK are challenging you to #upyourfriendly.

An estimated 69,000 people in the UK with Parkinson’s have experienced hostility and rudeness from members of the public – according to data released today by Parkinson’s UK on the launch of Parkinson’s Awareness Week.

Parkinson’s affects 127,000 people in the UK. With 46% experiencing depression and 62% suffering from anxiety as a result of their condition. .”

The report also revealed the knock-on effects of public humiliation on people with Parkinson’s. Almost 1 in 5 (19%) who had experienced discrimination and negative reactions would rather skip a meal and go hungry than venture out to the shops, and 15% admitted they feel trapped inside their homes because of these reactions.

To combat this, throughout Parkinson’s Awareness Week (20–26 April), Parkinson’s UK is urging people to ‘up your friendly’, by pledging to do small acts of kindness that can make an enormous difference to the lives of people with Parkinson’s.

For more information, and to find out how to get involved in Parkinson’s Awareness Week for Parkinson’s UK, visit upyourfriendly.com

In our area, we have a dedicated Community Parkinson’s nurse who is available to support you.

Carrie Bull is our Parkinson’s Nurse and has been in post since August 2014. Carrie is based at  Park House Medical Centre in Carlton but covers the Nottingham North & East CCG patch (Gedling, Hucknall, Jubilee, Eastwood and Giltbrook). 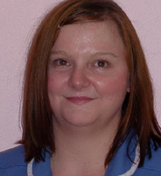 And much much more.